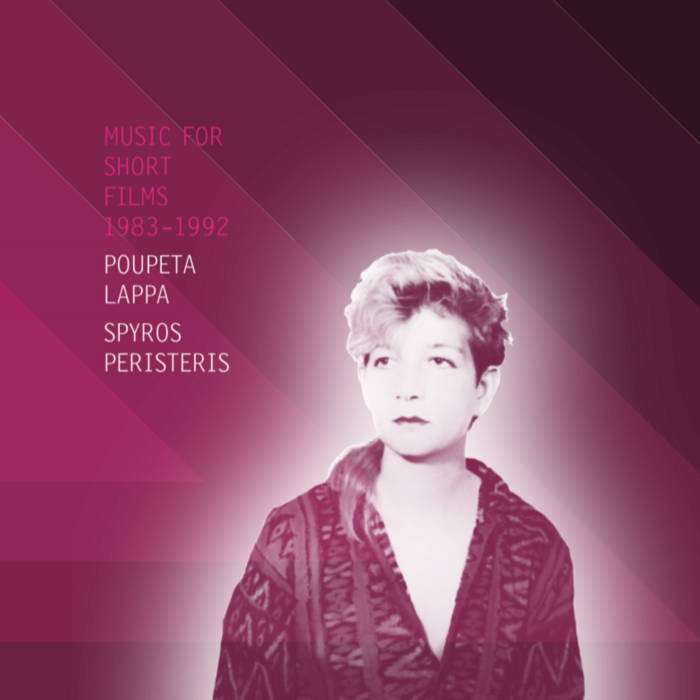 giwrgosp This is an amazing collection of Electronic / Ambient music that invites you to go back to it over and over again and discover something new and exciting every time!
It's a real jewel to your vinyl collection. Dark yet playful, timeless and modern yet full of influences from Suduaya and Asura all the way to Depeche Mode, Tuxedomoon, Durutti Column, Joy Division, Aphex Twin and many more.
Looking forward to more jewels like this from Intresonik Recordings !!! Favorite track: B4. Listen.

Mister 1-2-3-4 Wonderful stuff! I hope the movies that this music comes from will be made available again someday, the excerpts available on YouTube are really tantalizing! Favorite track: B4. Listen.

While digging in Poupeta's warehouse, we found a couple of dusty boxes with old reels, cassettes and DAT tapes in relatively good shape. We listened carefully and were extremely lucky to discover all the original material that Poupeta and Spyros recorded before going to the studio for the final 2-track mastering.

We also recovered the reel tape of the long lost synthwave, drone soundtrack of “Verdalak” (1985), a short film directed by Vangelis Kotronis, using the “baking” technique. In addition, this vinyl anthology also includes the main theme from “Flash” (1984), a short film also directed by Vangelis Kotronis, with the characteristic bell arp bringing back memories of John Carpenter’s “Halloween” and Mike Oldfield’s “Tubular Bells” accompanied with a minimal synth rhythm sequence and a free jazz sax theme.

The adventurous nature of these recordings is further highlighted by the anatolian manners, oil tin can sounds, and reversed Poupeta’s vocals floating over atmospheric synth pads played by Spyros for the film “Αsfael” (1987), as well as by the new age musical journey recorded for the Greek-French documentary “Histoire d’un Jour et d'Autres” (1990), directed by Petros Sevastikoglou. Some proto-shoegaze experiments via a profound use of samplers, can also be traced on the music they created for the film “Plumeria Rubra” (1988) by Stella Theodoraki.

"Music For Short Films 1983 - 1992" is available in high gloss laminated gatefold cover, including unique photos and accompanied writings by the composers.

In the early ‘80s, Poupeta was a member of a post punk group called Clown, where she played synths and synth bass. Clown released a 7" single of the same name on the legendary Greek independent label Creep Records in 1983. At the same time she did vocals for TV jingles, radio spots and she also attended the Thessaloniki Film Festival as a composer for the short film “Shadows” by Petros Eythimiou. During that time she met at Studio 111 the freshly arrived from New York Spyros Peristeris, music producer, composer and founder of the independent record label Enigma Records, especially known for the ‘80s Greek punk compilation “Diataraxi koinis isihias” and “Recording is an Art” by Makis Prekas. Alongside Enigma Records' activity, they began working together on several film scores, documentaries and crafted many TV jingles and radio spots. Their collaboration lasted until the end of the ‘90s.

Bandcamp Daily  your guide to the world of Bandcamp

Serena Cherry debuts her black metal project, plus a Pick from the Crypt block from Svalbard